View cart “At the End of My Rope” has been added to your cart.

A Stone’s Throw Away

Idiom for Kids – What Does ‘A Stone’s Throw Away? A Free Printable Poster for Your Classroom Wall.

What does ‘A Stone’s Throw Away’ mean? 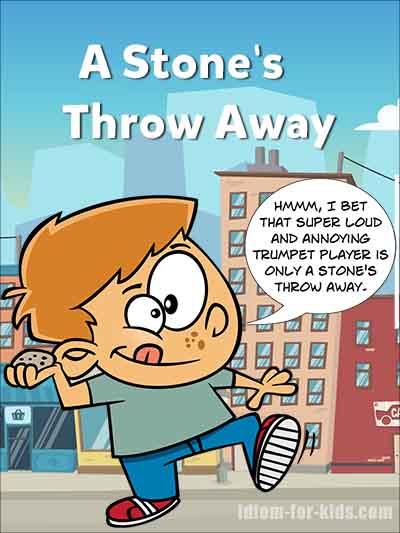 Idiom Activities – A Stones Throw Away

An idiom is a group of words that mean something different from what the actual words say. This means that what is said in an idiom is not exactly what is happening, but often describes another feeling or action. Idioms are like codes – we need to solve the puzzle to figure out what they really mean!

Origins of the Phrase – (Its Etymology)

In books from long ago, authors wrote about throwing a few different things like darts or lances. This short distance was important when it came to battle as you would not want to be within a darts throw of your enemy. ‘A stone’s throw’ first recorded use (that we know of) is in a story from 1712 by John Arbuthnot that described how no one would come close to a woman who had a dreadful illness.

“Mrs. Bull’s condition was looked upon as desperate… the patient grew worse every day; she stunk so, nobody durst come within a stone’s throw of her…”

– Display the dialogue models and have students act them out:

Harvey: We had the perfect hotel for our vacation. It was right next to the beach.
Michael: My grandad would say it was, ‘a stone’s throw’  from the sand and waves!
Harvey: Why would I be throwing stones from the hotel? Mum would not be happy with me.
Michael: Since your hotel was pretty close to the beach, you could have thrown a stone from the hotel and reached the beach. It means that it wasn’t too far away.

Emily: I met my new neighbor. She’s really nice. I’m glad her house is only a stone’s throw away.
Diego: I’m pretty sure you shouldn’t be throwing stones at someone’s house. What if you break a window?!
Emily: That’s not what a stone’s throw means! It means that their house is close to mine.

– Explain, ‘There are not many people carrying around stones to throw whenever they want to test out a distance. When someone uses this idiom, what do you think they REALLY mean?’ Give students some quiet think time, have them write down their thoughts and then share it with a partner.

Have students play and experiment with their new idiom. You can have them do a ‘Think, Pair, Share’, ‘Think, Pair, Square’, and when they are feeling confident ask for victims… do a double take… I mean… volunteers to perform their skit for the class. 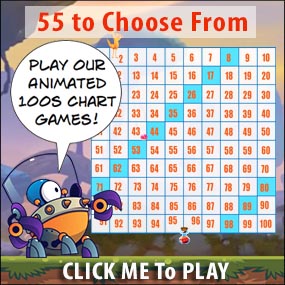 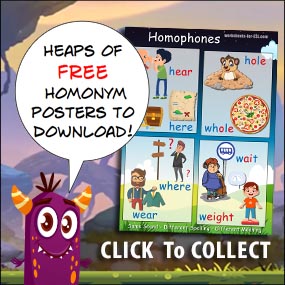 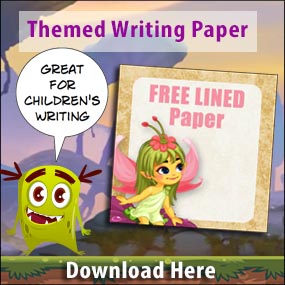 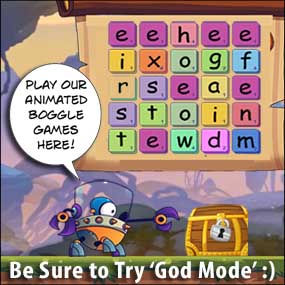